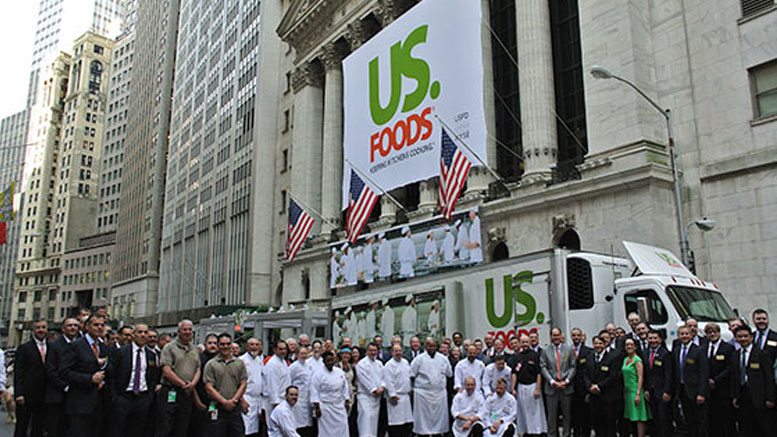 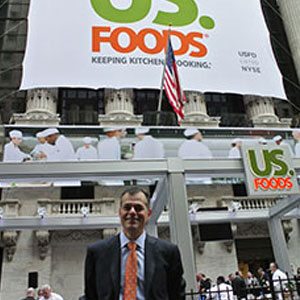 Pietro Satriano, president and CEO of US Foods, shares a New York minute with Produce Business in front of the NYSE, before members of US Foods’ management committee sweep him away to ring the opening bell to begin trade on company’s IPO, which raised more than $1 billion in proceeds.

In a brief, reflective moment of ironic calm in the early morning of May 26, 2016, PRODUCE BUSINESS finds Pietro Satriano, president and CEO of Rosemont, IL-based US Foods Holding Corp., inconspicuously standing solo across from the New York Stock Exchange. He is observing the star-studded chefs representing US Foods’ independent restaurant customers. They are hurriedly prepping menus along the 50-foot line restaurant kitchen it recreated beneath the NYSE façade draped in a huge US Foods banner. Not long from this time, Satriano would be ringing the opening bell to thunderous applause on the trading floor for the company’s initial public offering, which raised $1.02 billion in proceeds.

Outside, the celebration heats up.  The hand-selected independent restaurant owners/chefs representing different parts of the country cook up just as much action as the traders inside. Partnering with a cadre of US Foods culinary experts, they dish out their signature bites to enthusiastic onlookers, replenishing fresh ingredients from fully stocked US Foods trucks onsite.

US Foods wanted to showcase its primary commitment to independent restaurants, a challenged, under-resourced sector, with a majority going out of business within the first year.  “US Foods helps these entrepreneurs get on their feet in a comprehensive way from inspiring menu development to back-of-the-kitchen equipment and labor flow to accomplish their goals,” says Jeffrey Schlissel, division chef at US Foods.

“All our markets have specialists, and produce is a strong category of dedicated producers, buyers and managers,” says Food Fanatics Chef Perry Canestraro, one of U.S. Foods many designated culinary authorities working with chefs and restaurateurs to help their businesses thrive.

Chef Christy Nolton, culinary director, Yeah Burger, Atlanta, GA, agrees, as she whips up servings of her grass fed beef slider with fig jam, caramelized onions and goat cheese on a brioche roll: “It was challenging to find broadline distributors to source our organic ingredients. US Foods came through for us, bringing in organic onions and sweet potatoes by the truckload. US Foods is a true partner, whether supporting our sourcing requirements, costing or menu planning,” she 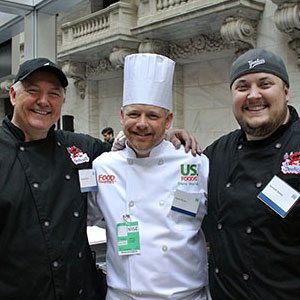 says, adding, “When shopping from different vendors, it’s difficult to get consistencies.”

Chef Brian Ellis, who went vegetarian with an offering of herb-infused toasted ricotta gnocchi in white truffle cream, oversees culinary operations for The Smith restaurant, with four locations throughout Manhattan. He says he works closely with local farmers and purveyors to channel seasonal menu items.  “US Foods has

been supplying my restaurants for a few years now with top quality products and very competitive pricing,” he says, praising the company’s reliability in filling shorts when demand outstrips his supply.

Robert Danko and his son Kenneth of Devilicious in San Diego, CA, gained food celebrity stardom for their food truck empire and newly opened brick-and-mortar restaurant. Robert Danko, a former attorney turned chef, credits US Foods in many ways for helping to build their food truck concept and execute their vision.  The Danko’s lobster rumble with a shallot tarragon aioli took off at the opening bell, a fitting sign of US Foods’ IPO success.

THE SCIENCE OF PRICING