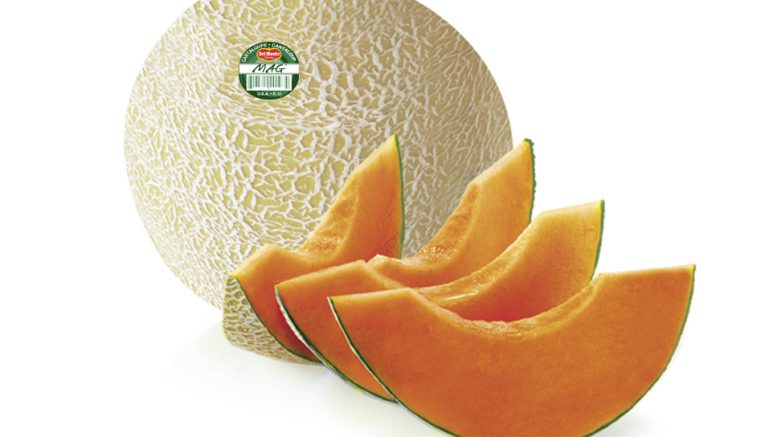 Shippers are torn between long shelf-life and sweeter cantaloupe, while watermelons and honeydews diversify.

California is one of the leading state producers of watermelons and cantaloupes but its state’s growners dominate honeydew production, according to USDA statistics. Harvest in the great Central Valley from mid-May all the way into November for some varieties, is the time to go bolder and bigger with shelf space.

“Summer is traditionally a period that consumers associate with an abundance of melons, and it is crucial retailers not only have a large display with multiple melon varieties, but also present only premium-quality fruit,” says Dionysios Christou, vice president for marketing at Del Monte Fresh Produce, Coral Gables, FL. “The optimal size for a melon display will depend on the retailer and its customers’ sociodemographic profile. Consumers consider larger displays much more attractive. Typically, when melons are on ad or if there is a promotion, the display will be much larger than usual.”

Golden State growers largely have shifted to seedless watermelon varieties and can offer supplies in either conventional or organic.

According to USDA statistics, the state has a virtual monopoly on honeydews, and breeders have come up with variants that offer improved color and flavor.

There is a challenge in cantaloupes, however, and it leaves retailers with a choice to make between extended shelf life and good flavor.

Some years ago, seed companies came up with a different sort of cantaloupe with the ability to endure the long trek from the fields of California and Arizona to stores around the country and still have enough left to hold up on the supermarket shelf.

“In California, there has been a rapid change in the varieties we grow,” says Garret Patricio, chief operating officer at Westside Produce, Firebaugh, CA. “The traditional ‘Western’ type melons that slip from the vine and have strong aromatics, but softer exteriors have fallen out of favor. Long shelf-life varieties that are cut from the vine, have higher brix and harder exterior shells have become the norm.”

This variety shift had tremendous impact because California produces half the cantaloupe in the country, according to the California Department of Food & Agriculture’s Agricultural Statistics Review 2017-2018.

Many of the same growers also use the same extended shelf-life varieties in nearby Arizona, which is the No. 2 cantaloupe producer.

These hard-shell varieties do hold up but the crisis, however, is that because consumers do not like the way they taste, production and consumption quickly declined.

“Retailers likely prefer the long shelf life because it offers less waste and requires less stock rotation,” says Patricio. “The biggest issue and my biggest complaint is that these varieties don’t have the same flavor components as traditional melons, and we are chasing away our customer who — with a negative eating experience — doesn’t buy another melon for a while.”

California cantaloupe production dropped 30 percent over the past decade to a little more than 800 million pounds, and many grower-shippers suspect the extended shelf life varieties are responsible.

The largest California grower organization, the California Cantaloupe Advisory Board, is working on answers to the drop in consumption and acreage.

“As an industry, we have seen a steady decline in consumption the past few Westside cantaloupe seasons,” says Brian Wright, sales manager at Del Mar Farms, Westley, CA.“The California Cantaloupe Advisory Board is working to increase consumption with marketing and flavor studies.”

Because the California-Arizona region supplies most of the cantaloupe in the country, these shippers figure to set the future standard.

Some shippers already have responded to the crisis in consumer confidence in cantaloupe by featuring melons that bring back the flavor of yesteryear.

“At Legend Produce, we’re all about the eating quality; we’re not trying to be the lowest-cost melon.” says Zwillinger. “We’re the largest supplier of domestically grown cantaloupe in the United States. It’s because we are the exclusive grower of the origami variety. The flavor, aroma and eating quality bring you back to what cantaloupe used to be.”

Legend signed an exclusive contract to offer this variety developed by Harris Moran Seed Company, Modesto, CA, seven years ago, steadily increased production the next few years, and ships thousands of acres of Origami cantaloupe in California and Arizona from May to mid-September.

‘This cantaloupe has proven to increase sales,” says Zwillinger. “The eating quality of cantaloupe is not what it was 20 years ago. We go to major retailers and club stores, and Origami has led to 20, to 30 to 100 percent increases in sales of cantaloupe sales at retail.”

Most shippers maintain the flexibility to respond to retailer preferences in the type of cantaloupe they want.

“Our cantaloupe program is based on our customer mix — certain customers prefer a longer shelf life type, while others stay with the traditional Western type; we produce both based on our customers’ preferences,” says Stephen Martori, chief executive of Martori Farms, Scottsdale, AZ. “We introduce new varieties every year that we think make incremental improvements on the traits our customers are demanding.”

Not all stores want the same things when it comes to cantaloupe varieties, and suppliers generally try to satisfy different priorities.

“Some retailers have hung on to traditional aromatic Western types; others don’t know the difference between long shelf life and Western types,” says Westside Produce’s Patricio. “Still, others such as Walmart focus exclusively on minimum brix and delivery quality, so as suppliers, we are left with little choice in our plantings.”

The major cantaloupe seed companies and shippers are constantly working to develop varieties that bring the best of all worlds.

“To maintain and hopefully grow the commodity, the future is in the combination of Western type and long shelf-life melons,” says Patricio. “Seed breeders have called these new varieties extended shelf-life types. We have been trialing them in small plots the past couple of years and anticipate these varieties will make up 20 to 30 percent of our production this year. At the end of the day, offering consumers, a product we can be proud of [i.e. flavorful, sweet, and aromatic] is most important.”

WATERMELON AND HONEYDEW, OH MY

“Overall melon volumes, so far year-to-date, have been less than previous years,” says Del Monte’s Christou. “However, due to current higher yields, the total volumes for the season could be very similar to last year.”

California produced nearly a quarter of the watermelon in the country in 2017, but virtually all the honeydew melons, according to the California Department of Food & Agriculture’s Agricultural Statistics Review 2017-2018.

“Watermelon consumption nationwide continues to increase, topping 16 pounds per capita in recent years,” according to information taken from the Ag Marketing Resource Center’s 2018 profile of the crop on its website. “The average American consumer consumes about 27 pounds of melons each year. The United States is one of the world’s leading consumers of melons. Cantaloupe consumption was 8.7 pounds, and honeydew was 1.5 pounds in 2011.”

Watermelons are harvested from the Central Valley from mid-May to late October, according to Watermelon Production in California, written by a team of University of California Cooperative Extension advisors, with seedless varieties predominant.

“We will have less cantaloupe volume compared to last season and additional seedless watermelon acreage,” says Del Mar’s Wright. “Our tentative plan is to have similar volume on both honeydew and mini watermelon this season.”

California, like most of the country, has shifted production in recent years toward seedless watermelon varieties.

“Seedless varieties are increasing in demand, and the share of seedless watermelon in total watermelon shipments in the United States increased from 51 percent in 2003 to nearly 85 percent in 2014,” according to the Ag Marketing Resource Center’s website. “Seedless varieties, typically started as transplants rather than from direct seeding, require more intensive management, with the cost differences generally visible at the retail level.”

Another trend in watermelons coming out of the California-Arizona region is the development of a robust supply of organic melons.

“Organic melons are the fastest growing segment of the melon category but still represent a relatively small percentage of overall sales,” says Martori. “Our production will be up in all of our offerings this year, with significant increases in our full line of organic melons and conventional seedless and mini watermelons. We are currently the largest grower of organic melons and have 4,000 additional organic acres available for expansion.”

Other grower-shippers also have developed organic programs in response to increasing consumer demand.

“We grow organic mini watermelons, cantaloupes and honeydews,” says Wright. “The program has been growing each season as we have seen a steady increase in demand for organic melons each year. We have grown organic melons for the past four years.”

Production of organic melons appears to have geared up to the point that retailers can count on being able to source reliable supply.

“Organic melons have been on a slower curve than other produce items, likely because of the hard rind and lack of internalization to a melon,” says Westside Produce’s Patricio. “That being said, they are requested on the buy-side, but supply today still outweighs the demand.”

As virtually the only commercial source of honeydews, California producers are working on new and interesting options.

“Besides honeydews, we continue to expand our Delicious Golden Honeydew production, as well as our exclusive Lemondrop Melon,” says Martori.

Much like cantaloupes, honeydews may be poised for a comeback in both flavor and consumer acceptance.

Other large grower-shippers are also working on new melon varieties that will reach markets in the next few years.

“We are currently working on our proprietary yellow watermelon program and continue to focus on perfecting our [trademarked] MAG melon program, as well,” says Christou.

There is enough ongoing work to improve melon quality that it is worth asking suppliers, what is just around the corner?

“We are growing similar honeydew varieties again this season with a few trial varieties that are new to the industry,” says Wright, of Del Mar Farms. “We trial several dozen varieties every season trying to find the latest and greatest for flavor, appearance and shelf life.”