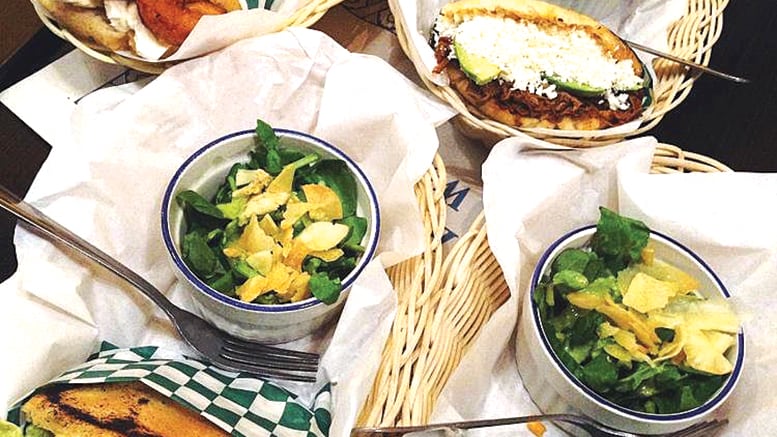 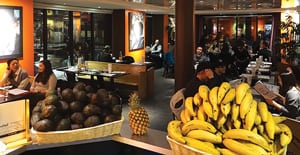 An unpretentious restaurant in the Plateau-Mont Royal section of Montreal exemplifies the melding of health and cultural trends in the city’s food scene. Eight years ago, Max de la Concha, owner and chef, joined with a cousin to open Arepera du Plateau in a small, 25-seat space with the objective of highlighting his native Venezuelan cuisine.

After many years of experience as a chef in various Montreal restaurants, de la Concha realized much of the food he was raised on was healthy, gluten-free and could be made to fit any taste. “We decided to open a restaurant focusing on arepas, the typical Venezuelan corn patties,” he says. “Our goal was to offer healthy, fresh, flavorful food.”

After a short time, the restaurant was so well-accepted that it had an hour’s waiting time. To better accommodate customers, this past January, the restaurant moved to its current 100-seat space.

De la Concha credits the restaurant’s success to its focus on freshness. “The freshness of our food is our main attraction,” he says. “We offer flavorful, healthy options and just about everyone can find something they like here.”

Because of its fresh focus, the restaurant is heavily produce-oriented. De la Concha reports he spends an average of $1,200 weekly on produce. “All our produce must be very fresh and high-quality,” he says. “We use a high volume of avocado, plantain, eggplant, watercress and a lot of salad greens. And, it must all be fresh.”

In sourcing, de la Concha lists freshness and quality as his top concerns. “We don’t use anything frozen,” he says. “Everything is done fresh in the moment, so we ensure what we’re buying meets our standards.”

Arepera uses a variety of different suppliers because of its diversity of ingredients. “A lot of our produce items are ethnic or tropical and thus mostly imported, so we rely on particular suppliers who specialize in the exact items we need,” says de la Concha. “For example, our plantains and avocados must be the right maturity and be fresh.”

The restaurant also uses local produce when in season. “Other suppliers provide us with local or regional products when appropriate, such as Quebec onions,” says de la Concha. “Again, we’re looking at freshness, so it makes sense to get local when available.”

Arepera’s menu contains a wide variety of produce throughout. De la Concha estimates about 70 percent of the menu has a produce component. The menu provides options for just about every diet. “We wanted to be sure to offer something for everyone,” says de la Concha. “Our menu has beef, pork, chicken, vegan and salads.”

For non meat-eating customers, the ample vegetarian menu includes arepas overflowing with: Andino Cheese And Plantains; Grilled Vegetables and Feta Cheese; Black Beans and Feta Cheese with Plantains; Andino Cheese and Avocado; and the restaurant’s own version of a Venezuelan “Caprese” — Andino cheese, basil pesto and tomatoes. A separate vegan menu entices diners to try arepas with: avocados, onions, tomatoes, lemon, and cilantro; grilled vegetables including peppers, zucchini, eggplant and onions; or garlic mushrooms. Side dishes include a Watercress and Avocado Salad, and Cassava Sticks with Avocado Sauce.

Don’t Give Up On Fall Sales