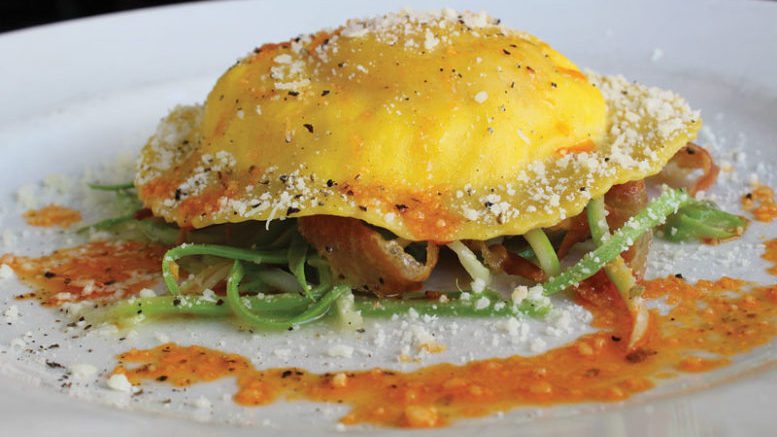 An Italian / American Theme With Ties To The Old World Culture

Known as having the only coal-fired oven in the state, Centro Restaurant opened in 2002 and benefitted from the culinary creations of Derek Eidson, executive chef for the past five years.

“We were one of the bigger, more upscale restaurants in downtown Des Moines, before being revitalized into a more casual Italian/American theme with ties to Old World Italian,” says Eidson. “We get our influence by the owner, George Formaro, who is an Italian immigrant.”

Eidson is a big proponent in buying local produce, which has a big presence on Centro’s menu. “I feel it’s our duty to buy local from farmers to support the community and give guests the best produce we can,” he says.

Much of the fruits and vegetables used in Centro’s dishes come from the downtown farmer’s market. Many of these items are seasonal, including asparagus, arugula, Italian broccoli, sweet corn in summer and lettuce from the region. Dishes also have increasingly used more root vegetables, such as beats, as well as berries.

“I won’t put produce on the menu that’s not available locally,” says Eidson. “When it’s available, we use as much as possible, and when it’s done, it’s done.”