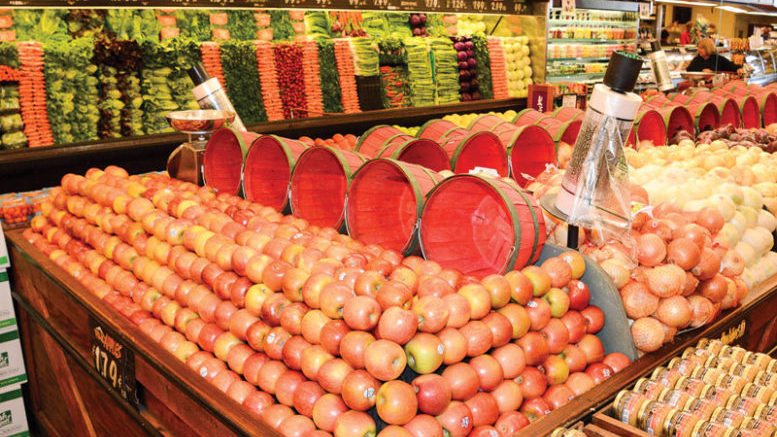 Some grocers claim to be neighborhood markets. Keil’s Fresh Food Stores is the real embodiment of such a category. Consider that the general manager at the Clairemont location of this family-run two-store chain based in San Diego, CA, met his wife in the grade school down the street and was once the community’s paperboy. 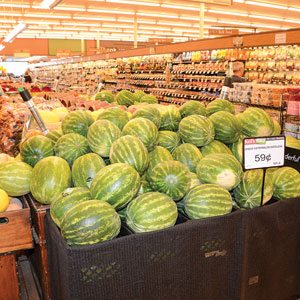 The produce director has been working at the store a long time, and his brother works at the supermarket’s second location in San Diego’s San Carlos neighborhood. What’s more, customers who visited the store as kids continue to come back with their children not only to shop weekly but also to visit Keil’s must-do annual community Pumpkin Patch, which is staged in the parking lot at Halloween. This neighborhood theme carries straight into Keil’s produce department.

“Produce is more than just another department in the store,” says general manager, Brian Haire. “It’s the gateway to the store. As you make your way through the store, one of our four produce employees greets and welcomes customers by name.”

It All Began Up North

Otto Keil, grandfather of Keil’s owner, Rick Keil, opened the first namesake market in the early 1920s. Otto’s son, Ron, took over the operations opening more stores throughout the Pacific Northwest in the 1950s, 1960s and 1970s. Rick, Ron’s son, moved south to southern California to attend the University of Southern California and worked in retail meat departments while obtaining his business degree. This training, plus frequent talks with his father while growing up akin to some families talk sports or current events, gave Rick a great education about the grocery business. In 1990, Ron and Rick had the opportunity to purchase two Vons stores, one of which was located at 3015 Clairemont Drive.

“I started here on the first day Keil’s opened after hearing what the Keil family stood for in terms of family and community. I worked at Vons, but at the time, I felt like I was just a number there,” says Haire.

The father-and-son Keil team opened a second location at 7403 Jackson Drive, in the San Diego suburb of San Carlos in the early 2000s.

According to San Diego’s government website, the Clairemont and San Carlos communities, both located north of downtown San Diego, are home to collectively some 100,000 people. Clairemont is the larger of the two population-wise with proportionally more Hispanic, Asian and African American shoppers, although in both communities Caucasians form the major ethnic group. Family sizes in both areas follow the national average of two to three people.

Quality Is The Sourcing Keyword

Produce is ordered weekly by Ed Garcia, produce manager at Clairemont for more than two decades. Garcia’s brother, Jessie, does the same at the San Carlos store, where he has worked for more than a decade. Garcia has such a passion for produce that he says its frequently the topic of conversation when he and his brother’s family gets together for dinner.

Other suppliers for Keil’s include Coast Citrus, Albert’s Organics, Ready Pac and Charlie’s Produce. Garcia relies on buyers at Nature’s Produce for hot sheet and special buys on fruits and vegetables. It’s a loyal relationship the two companies forged over decades of doing business. Deliveries usually arrive the following day, or five days a week, thus enabling Keil’s to quickly respond to customer demand. Requests by shoppers are encouraged by produce staff who actively sample at any time.

“Our sourcing strategy is all about quality. You can source by price all day long, but if the apples are bruised, and the strawberries have green on the shoulders, people don’t buy them,” says Haire.

Produce is the first department shoppers see upon entering the front door. It’s adjacent to an aisle of bottled nutrient supplements. The thinking at Keil’s is that supplement shoppers are 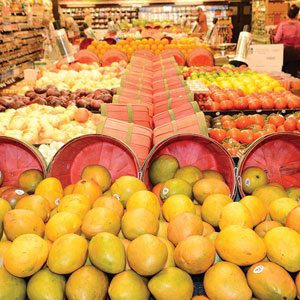 fresh produce buyers too, so why not group the two side-by-side to increase sales of both.

What first catches the eye is the colorful display of bulk vegetables on wet racks that easily stretches some 60-feet horizontally along the parameter wall. The produce is set off by mirrors in the back that reflect its quality as well as its abundance.

Produce staff clean the mirrors daily with a vinegar and water solution so no fingerprints or other marks get in the way of the attractive display. This presentation is to Garcia’s credit. In fact, it’s an everyday expression of the greater talents he used to win display contests for avocados and potatoes. The recent addition of all LED lighting makes not only the wet rack but entire produce department look bright and vibrant.

The produce department at Keil’s Clairemont location occupies approximately one-sixth of the 27,000-square-foot of floor space and generates 12 percent of store sales, or more than the meat department generates, according to Haire. There are over 1,000 items that ring through produce. This number includes produce and non-produce items such as caramel dip, croutons, salad dressings and seasoning mixes. Approximately 95 percent of offerings are conventionally grown, while the remainder is organic. Bagged salads and bananas are major organic offerings.

Haire says the emphasis on conventional corresponds to customers in these working class community’s greater willingness to pay for quality over growing method, especially when the latter can be much more expensive. Likewise, quality also trumps local.

“Local strawberries for us, for example, mean Carlsbad.” He adds that if the quality is not the best, then the store defaults to product from Watsonville, CA-based Well-Pict Berries.

Produce also features prominently in promotions. Each Thursday, Garcia, Haire and other department heads meet with Keil to select items that will go on ad and lock in pricing. Thanks to the nimble nature of a small independent and long-standing relationship with its major supplier, Kiel’s is able to set ads one week in advance.

Ads run Wednesdays through Tuesdays and will usually feature eight to 12 produce items, including one or more on the front page labeled Keil’s Deals. No loyalty card is needed by customers to take advantage of price promotions.

Fresh fruits and vegetables are merchandised attractively in other sections of the store. For example, the deli ‘buys’ produce from the produce department, then cuts it in-house to make bowls, platters and trays sold out of a multideck case located next to the service deli counter. The deli also prepares items on the salad bar as well as gets the ring. Produce on the salad bar includes Romaine lettuce, Spring Mix, mushrooms, cauliflower, assorted colors of bell peppers, broccoli, carrots, red onions and tomatoes.

It Takes A Neighborhood 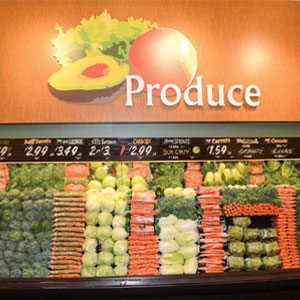 What makes produce more than just another department at Keil’s is that it’s the event headquarters of the company. Haire and Garcia organize every community donation and holiday event out of produce. For example, Keil’s donates produce such as apples and oranges to schools and churches in the community that host jog-a-thons and other events. Another great example — and Keil’s biggest promotion of the year — is its Pumpkin Patch in October. Pumpkins (orange, white and striped) are laid out in a trail for customers and kids in Halloween costumes to walk through.

There’s also a huge pumpkin for a guess-the-weight competition. Around these big bright orange fruits are activities such as bobbing for apples, retailing opportunities such as floral tent sales and a mini Haunted House. The Pumpkin Patch is a break-even community event that has become a 20-year tradition and source of pride for the produce staff. It’s also something that differentiates Kiel’s from its big corporate competitors that, as Haire says, set out a couple of pallets of pumpkins and calls it Halloween.

“The way we work is that one person will have an idea, we’ll all brainstorm around it, and try it out. The customers will tell us if it works. Success is all about direct feedback from our customers in the neighborhood,” says Haire.