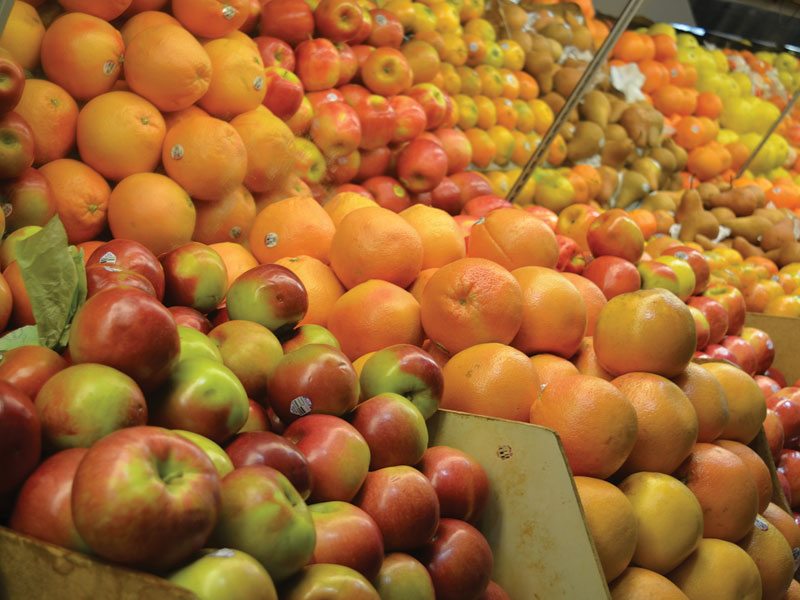 North Side, South Side, East Side, West Side and out into the collar suburbs, this is a city of neighborhoods, and everyone has their favorite grocery store. Locals will tell you with pride where they shop and defend the produce they buy, while defying you to find better produce anywhere else. Arlington Heights, IL-based Mariano’s, owned by Milwaukee, WI-based Roundy’s Supermarkets, Inc., has only been around for a half a dozen years, but the store experienced aggressive growth with 36 stores in the city.

It was in a north side lakefront neighborhood that a Chicago retail institution was born in 1963. That’s when brothers Christ and Frank Kamberos opened the first Treasure Island Foods. The intent was to not only offer a quality selection of competitively priced goods, but to offer imports and specialty items that couldn’t be found anywhere else in the city. The population of this active neighborhood at the time featured a mix of ethnicities and the store’s concept was inspired by European markets. In the early 1960s, European-style groceries were not just unique to Chicago and the Midwest, “It was unique to the entire country,” says vice president of development, Christ Kamberos Jr. “Treasure Island is European in the sense of freshness. 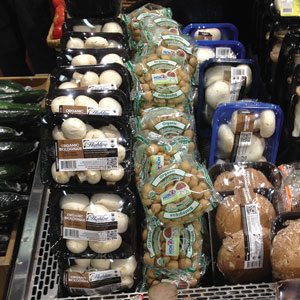 European markets are more regional, but Treasure Island can offer freshness as well as abundance of variety. Things we carry year-round (like dandelions, lemongrass and wheatgrass) are unique items that people don’t necessarily see at an H-E-B or a Kroger.”

The original store on Broadway is the site of the company’s headquarters. The chain has grown to a total of seven retail locations including four northside locations, one on the south side in Hyde Park, and one in the north shore suburb of Wilmette. The layout of each store differs by location and is determined by the space available as well as the concept of each store. That concept is determined by the customer base, the demographics of the neighborhood and how they will use the store. 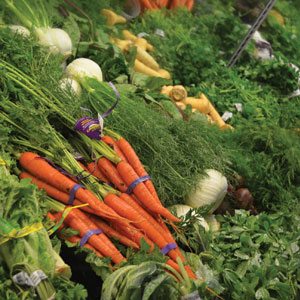 Treasure Island produce buyer, Jim Bilbrey, is at the Chicago International Produce Market every day at 6:30 a.m. with a mission. “Every Monday we decide what we’re going to do according to the sales plan for that week,” says Bilbrey. This gives him an idea of what to look for, and this close involvement with vendors gives independents like Treasure Island an edge over more mainstream outlets when sourcing the best produce. “Because we’re on the market buying every day, we can react a lot faster. I can go to the market every day and pick out from six or seven different vendors. I know which one is the better one, and it can be in the store in four hours. Because we’re small, that’s a big advantage for us.”

Additionally, the store uses other methods for sourcing produce, as Kamberos explains, “In the summer, we buy a lot from local farmers. We have a woman who grows us special heirloom tomatoes, so we buy from the smallest sized to the largest mainstream companies — depending on the product.”

Bilbrey has good relationships with these growers throughout the area including Scheeringa Farms & Produce, a northwest Indiana grower who provides heirloom tomatoes specifically for the store. “Scheeringa has been growing my heirloom tomatoes for me for seven years,” say Bilbrey. “All summer long we have the most fabulous heirlooms in the world.” 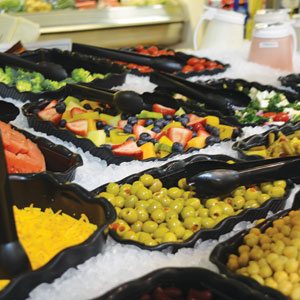 Scheeringa Farms also provides cucumbers, onions, peppers and pumpkins in the fall, which they deliver to Chicago. Last year, Treasure Island experimented with an urban farmers market and invited local growers, artisans and craftspeople to sell their wares in their Lakeview and Lincoln Park locations.

As for display, Bilbrey says, “Produce is bought by appeal, so we definitely break up the color.” The departments also try to mix categories together. “We put avocados together with tomatoes and lemons. We try to get every sale we can out of each display.”

To promote in store, Treasure Island gives its stores plenty of help by advertising in local papers as well as using social media and online marketing. In the departments, they use signage to let customers know which products are organic and locally grown. Over the years the retailer built a reputation for produce that its customers have come to rely on. “We’re known for our vegetables,” says Bilbrey. “We take special care to ensure they’re washed and crisp. They’re much better than your average store.”