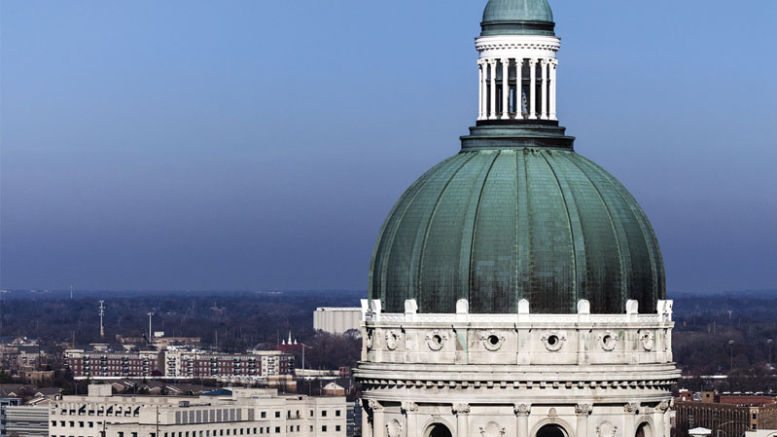 An estimated 27 million people will visit Indianapolis in 2016, according to the city’s official tourism website, visitindy.com.

Many of them will arrive at the Indiana International Airport, a thoroughly modern facility, and one of the newest in the country. Others will arrive by the many highways that connect the city to points beyond. Known as the Crossroads of America, Indianapolis is ringed by the Interstate 465 beltway from which four interstate highways branch off like wheel spokes to connect to Ohio, Kentucky, Michigan and Illinois. As the second-largest city in the Midwest, and the capital of the 10th largest agricultural state in the United States, Indianapolis — known affectionately as the “Circle City” — is well positioned to receive and distribute the fruits of its farmers’ labors within the city and beyond. 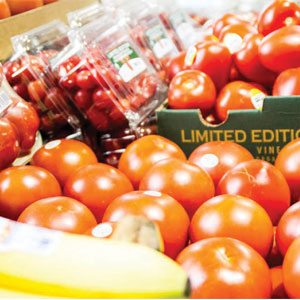 Indianapolis is also a city of neighborhoods. Nearly 100 loosely defined areas spread across it. It is home to the Indianapolis 500, which hosted its 100th running in 2016. The people of Indianapolis are crazy for basketball at all levels, including the NCAA team, Indiana University’s Hoosiers and the state’s NBA team, the Pacers. The National Football League team, Indianapolis Colts, also finds a home here at the 1.8-million-square-foot Lucas Oil Stadium.

Once a major manufacturing center, Indy is now home to companies in the biotechnology, life sciences and healthcare industries. Tourism and hospitality are also growing. With a population of roughly 853,000 in a metropolitan area of nearly 2 million, and a sports tourism industry that attracts millions of people each year, there is plenty of restaurants and retailers that depend on a thriving wholesale business to provide fresh produce.

The state’s agriculture industry contributes more than $25 billion to its GDP and creates 245,000 jobs. Thirty-seven thousand acres of vegetables are brought to market from more than 60,000 farms. Demand for locally grown food led the Indiana State Department of Agriculture (ISDA) to create the Indiana Grown program to help the state’s farmers increase their marketshare, support food processors and educate consumers on the availability of its products.

Access to local and farm-fresh produce helps area retailers and restaurants thrive. Shapiro’s Delicatessen, dubbed by USA Today as one of the country’s greatest delis, and St. Elmo Steak House, called an American classic by the James Beard Foundation, both have long histories in the city. Bluebeard is one of several area eateries that bring the farm-to-table concept to Indianapolis.

“Indianapolis is a great city for produce for several reasons,” says Greg Corsaro, president of the Indianapolis Fruit Company. “It’s ethnically diverse. There is a wide range of lifestyles, allowing for the demand of a variety of options. The youth of the community is driving the introduction and expansion of natural, organic, convenience and other growing categories.”

A number of produce wholesalers prosper in Circle City. Their stories are similar. Many were started with a pushcart decades ago, and then graduated to a truck. From there they bought warehouses; now the third and fourth generations are running things. They have similar challenges and see the same trends in the industry: from the buy local movement to increasing food safety concerns and the technology required to deal with them.

Food safety is something the Indianapolis Fruit Company takes very seriously. “We monitor the temperature of the trucks and product from the time it is loaded at shipping point until it 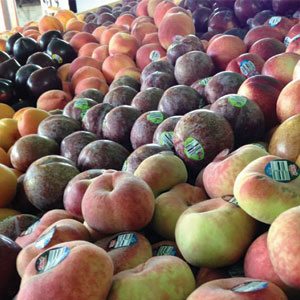 reaches our receiving dock. Our entire warehousing operation — receiving, storage, rotation, shipping, and delivery — is technology-based, allowing for the tracking of each item at each point in the distribution channel,” says Corsaro.

The company also has the technological ability to track the fleet at all times; customers have access to the information, if they choose.

“We use text and other messaging, as well as various social media to inform our customers of product availability, condition and markets,” says Corsaro.

The company plans to expand its facility gradually in the next five years. It also intends to expand distribution. “We have more than 150 vehicles in our fleet and distribute in excess of a 600-mile radius of our Indianapolis base facility. We currently have a five-year facility expansion plan and are always looking at other ways to expand our geographic footprint,” explains Corsaro.

“We have more than 150 vehicles in our fleet and distribute in excess of a 600-mile radius of our Indianapolis base facility. We currently have a five-year facility expansion plan and are always looking at other ways to expand our geographic footprint.”

The company’s fresh-cut division, Garden Cut, is also making good use of digital technology. “We utilize digital marketing campaigns to send urgent updates for quick notification of recalls, including email, direct marketing, SMS and social media,” says Chelsea Mascari, director of Garden Cut. “As soon as our recall team receives notification of a recall, an alert is sent through those channels to provide the details of the recalled product.”

The Piazza Produce story began 46 years ago, when the father and son team of Paul and Pete Piazza began building their produce business. Since 1997, Piazza has operated as a sister company of Indianapolis Fruit Company. “We’re 100 percent foodservice,” says co-owner, Pete. “We do all the national foodservice chains, the local chains, the independents, the white table cloth — we take all comers.”

Piazza distributes in a roughly 250-mile radius around the city. While it has always sold locally sourced produce, the demand for local has prompted the company to be more proactive in getting that message out to its customers. “The truth of the matter is, we always handle local,” Piazza says. “Now we tell our story.”

It’s not just about telling the story; it’s about providing customers with sourcing information — and that involves tracking each commodity sold. “We use different item codes, that way it’s trackable. If a particular account wants to know what local spend is, now we can tell them because we tracked it. Before, we sold California kale in the winter and Indiana kale in the summer, but we had no way of tracking how much of each one we sold. We’ve also expanded into other local products like honey, cheeses and meat,” says Piazza.

Caito Foods has seen growth. The company is recruiting talent from within the industry and, according to Matthew Caito, executive vice president, part of the growth is the company’s ability to offer great produce year-round.

“Even in the face of adversity caused by weather or growing conditions, we know the value of reinvesting in the business to sustain growth. We have been pleased with the sustained efforts of our managers to find new ways to help lower costs with better technology, equipment and specialized training programs. During the coming year, our customers and suppliers will continue to see us make continued significant investments in our business, with improved information systems, a new world-class production facility, and our visible commitment to identify and nurture the very best talent in our industry,” says Caito.

“Indianapolis is a great place to sell fresh produce,” says Joseph (Rocky) Ray, vice president and co-owner of Ray & Mascari, Inc. “As with much of the country, the people in Indianapolis have become more health-conscious, thus fueling a higher demand for fresh produce.”

In business since 1938, Ray & Macari, Inc. services both retail and foodservice, and is said to be the largest tomato repacker in the state. The company operates from a 92,000-square-foot facility in town. Most of our operation is hands-on,” says Ray. “From having eyes on all of our loads at shipping point, to hand packing all of our tomatoes. We keep our customers informed of current market conditions through proactive insights and timely communications.”

Ray & Mascari operates in a 500-mile radius of the city, but also reaches Florida and Atlanta from a facility in Lakeland, FL. “We are finding that we can effectively reach the East Coast with the right kind of volume, all while keeping our customers competitive,” says Ray.

The company is also exploring shipping opportunities from its Lakeland, FL, to the eastern third of the country as it continues to find new ways to be innovative and create new avenues for growth.

The company has comprehensive food safety policies and technology in place. “Our food safety plan dates back to 2003,” says Ray. “Each year, we have witnessed improvements in our food safety plan, bringing us to our current situation. We have been an SQF 2000 approved facility since 2012. We employ a full-time food safety director. Food safety is on the forefront of everything that we do.”/p>

Circle City Produce was founded in 1948 by Joe Corsaro, and since its inception the family-run company has grown its reputation for quality and service as it has expanded its customer base for retail and foodservice throughout the state.

With a growing fleet and regular updates in food safety and technology, Circle City Produce sources commodities from all over the world while still working with area growers to satisfy the hunger for locally grown products.

“We carry all kinds of exotic fruits from all over the world,” says Toni Corsaro, sales manager. “We pull local when it’s available; we have several farmers that we work with. When the time comes, we’ll go to them for cucumbers, green peppers, yellow squash and tomatoes. We’re going into Indiana asparagus right now, but we’ll be going into Indiana blueberries soon.”

While Circle City can source with a global reach, Indiana-grown is what customers are demanding.

“They love the local,” says Corsaro. “That’s been increasing over the years. We try buying all the local that we can.”