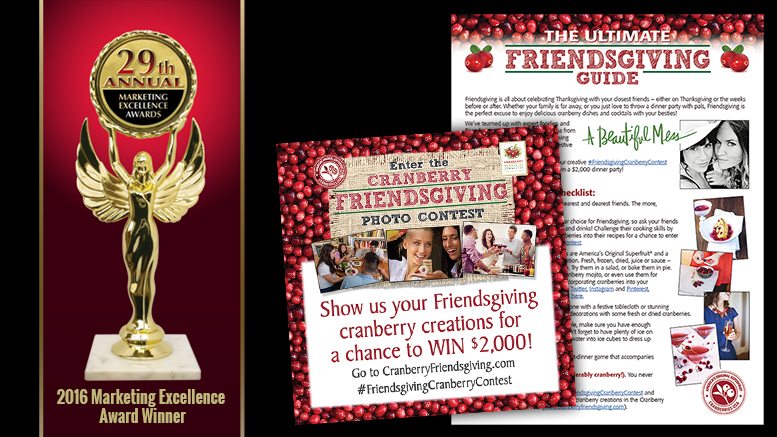 Objectives: To reach the Millennial audience and drive cranberry consumption, the Cranberry Marketing Committee launched a strategic social media campaign designed to create a paradigm shift around the fall season and engage a younger audience — specifically Millennials — through a cranberry photo sharing contest timed to the Friendsgiving holiday.

Campaign: Friendsgiving is a Millennial-driven trend in which this generation celebrates the holiday with friends in the days and weeks before and after Thanksgiving. The campaign capitalized on an existing event through social media to capture the interest and attention of this important audience in order to create cranberry buzz, drive cranberry sales and generate creative contest entries on Facebook, Twitter, Pinterest and Instagram. Millennials’ love for food and social media, participation in Friendsgiving celebrations and admiration of social media influencers steered these actions: