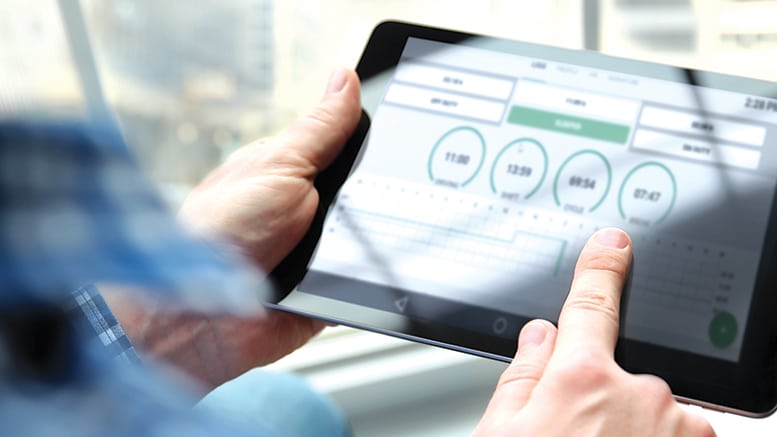 The electronic logging device (ELD) rule requiring commercial trucks to precisely record the driver’s hours on the shift already has impacted the movement of produce since it went into effect last December.

Some shipments have been delayed because drivers no longer can fudge a little on regulations limiting their shifts to 14 hours, during which they can only drive 11 hours, and costs have gone up.

“So far these regulations have increased the cost of shipping produce, in that we spend so much time waiting, especially in California,” says Fred Plotsky, president of Cool Runnings, Kenosha, WI. “We work in hours now not miles.”

The regulations have cost carriers who see their trucks remain idle for a spell, and those costs are passed on to their customers.

“I think we are already seeing transportation costs increase because of the ELD mandate,” says Rob Goldstein, chief executive of Genpro, Rutherford, NJ. “Carriers are experiencing an 8.5 percent decrease in equipment utilization because of ELDs. That hurts their bottom line, and ultimately requires carriers to increase their prices to stabilize profitability.”

However, the new system also has forced the industry to see where precious minutes or hours were previously wasted and could lead to ever-improving logistics.

“These regulations have already increased the cost of shipping produce,” says Jeff Moore, vice president of sales at the Tom Lange Midwest Division, St. Louis. “We have had several months now for the new hours of service regulations to shake out and show the effects. The new regulations have exposed many inefficiencies within the supply chain.”

Although the cost of trucking produce has gone up, much of the hike can be attributed to factors other than the new regulations.

“We’ve seen 20 percent or more increases in the cost of shipping in 2018, which is attributable to a lot of stuff,” says Kenny Lund, vice president of Allen Lund Co. Flintridge, CA. “I don’t think it’s attributable to ELDs per se. Some of it is fuel costs. But the amount of freight really ramped up. A 4.1 percent increase in GDP makes for a lot of freight.”

Lund thinks the effect of the ELD regulations is already baked into the higher cost of trucking and that supply and demand will work to stabilize shipping prices.

Paul Kazan, president of Target Interstate Systems, Bronx, NY, says the long term effects, unfortunately, will push freight to alternatives such as rail. “Or to sourcing produce locally or from regions closer to markets when available, instead of from California or other distant growing regions where freight costs have a dramatic impact.”

In the near future, Kazan says ELDs will continue to have an impact on carrier capacity and rates. “Those drivers are in very high demand, and everyone is scrambling to sign up drivers. The competition for them is quite intense,” he says. “Driver pay will continue to rise, and someone has to pay for it.”

A Question of Logistics

Fortunately, the ELDs create a record that lets everyone in the industry see more clearly where time is being wasted in transport.

“ELDs help identify waste (time in a truck but not actively transporting goods), but they are not the cause of an increase in cost of shipping,” says Mark Petersen, vice president of global transportation for Robinson Fresh, Eden Prairie, MN. “The market will ultimately decide the cost of shipping produce. It’s important to remember hours of service (HOS) have not changed, but the market says the cost of waste is worth more now than it was. Carriers can now charge against it.”

ELDs can be tools to help identify logistics that bring the most efficient use of driver time.

“The No. 1 initiative shippers and receivers should focus on is loading and unloading practices,” says Genpro’s Goldstein. “Time is of the essence as new regulations impede revenue and the pressure on service levels. We find carriers being more strategic on time available to pick up, distance to pick up and unloading time. If freight demand continues to exceed capacity, better destinations become a priority for the most efficient asset utilization.”

Optimum logistics can only be developed, however, if all involved parties cooperate in the development of and adherence to work schedules that allow for shipment within the required hours.

“Shippers and receivers should lean more to scheduled appointments rather than first-come/first-serve,” says Tom Lange’s Moore. “More timely communication with the carrier can mean the difference of them being off duty and resting to being on duty and out of hours once loaded or unloaded. Communicate effectively with your carriers and customers on what your standard operating procedures are for loading and unloading.”

There is no getting around the fact regulations eliminating the ability of drivers to fudge their hours a bit in a crunch will sometimes be one factor increasing transportation costs.

“The impact of ELD regulation in terms of lost productivity in combination with the strong economy and high freight volumes has increased shipping costs on almost all goods, including produce,” says Kerry Byrne, president of Total Quality Logistics, Cincinnati.

One way of mitigating the impact is team drivers, a strategy that avoids delays but comes at a significant cost.

“Many shippers are using team drivers on loads to help avoid delays in transit times,” says Byrne. “A reefer team load, however, can cost on average 10 to 12 percent more than a single driver depending on lane, mileage and other load factors.”

The most cost-effective way of adjusting to the regulations, however, is to eliminate the inefficiencies in loading, unloading or multiple stops that add minutes or hours to the trip that take the driver over the 14-hour limit.

“We are helping our shippers navigate the impact of these regulations by looking for enhancements we can make in their supply chain procedures, such as adjusting loading times or even locations to better meet expected delivery windows or by prioritizing in-demand freight and offering capacity and service for more labor-intensive, high-maintenance loads,” says Byrne. “As a company, we also are working on mining and analyzing our own historical shipping data to unlock more capacity and intelligently source carriers.”

Target Interstate’s Kazan agrees careful analysis is important. “In the business a lot of what we do is based on anticipation. We cannot always wait until a truck is empty to book a load and or a truck. Everyone in the trucking business needs to try and be as efficient as possible in the utilization of the hours a truck can run,” says Kazan.

“Everyone in the trucking business needs to try and be as efficient as possible in the utilization of the hours a truck can run.”

The regulations make it more important than ever to give trucking companies as much lead time as possible.

“Short lead times may contribute to higher carrier rejection rates,” says Petersen. “Ideally, with better planning processes in place, you can provide carriers with at least 48 hours lead time on every shipment. Longer lead times help carriers meet their network commitments and business goals, and it gives grower/shippers a better chance of securing the capacity needed before someone else secures it.”

Trucking companies may have to financially penalize customers who do not get with the game of cooperating to improve logistics.

“Keep charging shippers responsible for potential delays for detention, and they may smarten up,” says Plotsky of Cool Runnings.

The challenge of living with the ELD regulations is greater in produce because time lost in transit can be devastating to the quality of perishable items.

“Predictability is inherently challenging to fresh – produce is not an inventory item,” says Robinson Fresh’s Petersen. “You can’t as easily plan your day around the arrival and movement of produce. Produce needs to be picked, packed, cooled and shipped, all based around weather, water, worker availability and a number of other variables. These factors lead to less predictability. If you have to make it more predictable, then you have to make items more like ambient goods, which means items might need to sit in inventory longer.”

Improved logistics can be particularly important with perishable items that must be moved quickly and at the right temperature.

“We work with companies to better plan and streamline their processes,” says Petersen. “Our cold chain logistics services allow us to understand the complexities of moving and, more importantly, maintaining quality produce with more than one million temperature-controlled loads annually.”

Even the best laid logistical plans can go awry in produce, however, because harvest dates are not written in stone.

“If during peak melon season, you plan for 300 truckloads, but then, melons are maturing slower than expected and miss the predicted harvest date,” says Petersen, adding “This means the 300 planned trucks no longer have scheduled work and there is not planned capacity for when melons are actually ready to be moved. This is similar to when 300 people don’t show up for a flight, assuming there will be room on the next plane. There won’t be 300 seats available, and the seats that are available will be very expensive or go to the customers with the most status (most favorable receiver).”

In the worst case scenario the regulations cause a delay that takes the total shipment time beyond what the produce can endure.