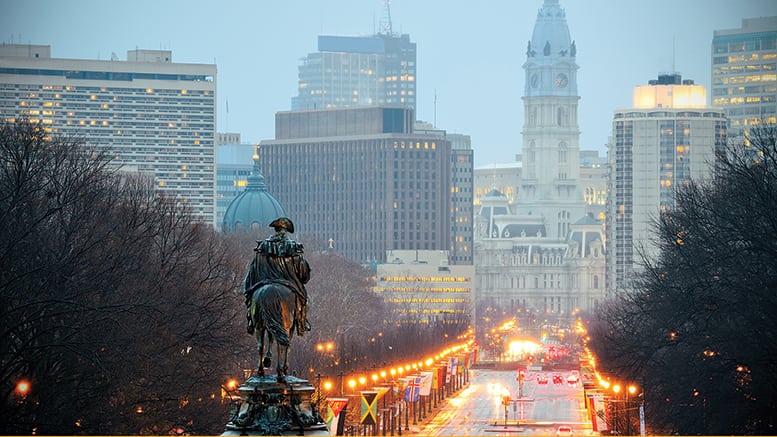 Steeped in history and tradition, Philadelphia is experiencing a round of reinvention as stores, restaurants and wholesalers look to serve the desires of the next generations. “The new generations are changing the way the food business works,” says Rick Feighery, vice president of sales for Procacci Brothers Sales Corp. “They are technically savvy and not eating the same way as generations before. They drive trends — such as living in specific city neighborhoods encompassing different aspects of life — and make decisions and spend money based on their own values.”

Philadelphia’s population, holding steady at 1,580,863 according to the U.S. census, offers ample opportunity for various food formats. “Philly has an advantage of a wide variety of buyers each looking for different grades and price points,” says RJ Durante, sales for Nardella, Inc. “We have brokers looking at the bottom dollar, but we also have venues catering to younger generations paying for higher quality.”

Many big retailers buy FOB but use the Philadelphia Wholesale Produce Market (PWPM) for short, explains John Hickey, managing partner at Coosemans Philadelphia. “Smaller and medium customers buy everything off the Philly market. More of these types of stores are opening up in neighborhoods that need to be serviced because the bigger chains aren’t in those neighborhoods.”

The city’s ethnic diversity also contributes to the evolution of the food landscape. Numbers from the census show that although 36.6 percent of the population identifies as Caucasian and 43.3 percent as Black, it still leaves more than 20 percent of the population of various ethnicities. Hispanics register at 11.3 percent, Asians at 6.5 percent, mixed race at 1.8 percent and others at .5 percent.

Mike Maxwell, president of Procacci Brothers, reports ethnic business is strong no matter what the culture. “These customers shop daily,” he says. “The dollar cycle means a lot to them as far as when they shop, and they buy heavier and bigger volume items for staples. This demographic is so far under the radar of so many chain stores, they’ve allowed the bodegas to flourish.” 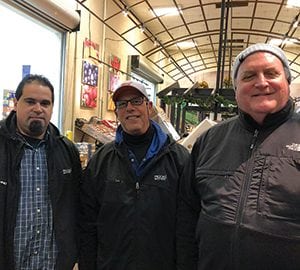 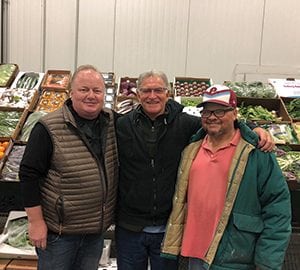 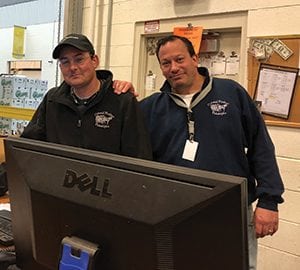 Philadelphia boasts just about every type of retail operation around. The most dominant retailers, Acme Markets and Giant Foods, only control about 17 percent and 15 percent of the market, respectively, according to market share reports from Chain Store Guide. After those comes a host of others posting between 8 percent and 3 percent shares, including Walmart, Wegmans, Costco, BJ’s and various ShopRite stores.

Ten additional retailers hold between a 1 to 2 percent share, including Sam’s Club, Whole Foods, Target, Aldi, Trader Joe’s, Dollar Tree, Redner’s Markets, Save-A-Lot and additional ShopRite stores. The rest of the 11 percent market share is represented by a multitude of other small chains, dollar stores and niche or ethnic retailers.

Though large operators may be most visible, Philly’s exciting retail story tells of the smaller stores springing up. “The Philly retail market is strong, and small stores bode well for this market,” says Todd Penza, salesman with Pinto Brothers.

Of particular note are trending neighborhood stores. “Stores serving hipster or millennial neighborhoods are growing,” says Fadi Abi-Khattar, president of Klinghoffer Brothers. “We see more stores such as Riverwards and Palmyra opening up.”

The Fishtown neighborhood, according to Louis Kean, salesman at a href=”http://ewkean.com/”>E.W. Kean, loves Riverwards Produce, a retail store that “does a great job of catering to the neighborhood demographics.”

Vincent Finazzo, owner of retailer/wholesaler Riverwards Produce in the Fishtown section of Philadelphia, shares other examples. “Primal Supply Meats opened a butcher shop with produce and grocery,” he says. “We stock the produce section three times a week. And, Sprouts is opening its first Philly location this fall.”

Much of this small-retail evolution is driven by younger generations with new buying norms. “In areas such as Northern Liberties and Fishtown, retail has a boutique feel to it,” says Durante. “The younger generation is moving toward quality and is willing to pay for it.”

Penza reports noticing younger buyers at PWPM as well, whether for neighborhood stores or distributors. “There are many younger buyers among the ethnic stores,” he says. “We also notice more women buying, especially in the Asian segment.”

He cites the example of a customer with five farmers market stands in New York. “They shop Hunts Point and Philadelphia,” says Penza. “They are second generation in their business — young, 20-something, and doing the buying for the operation.”

The enthusiasm young people bring to the industry is refreshing in the eyes of Mark Levin, chief executive at M. Levin and Company. “The younger generation looks at produce in an entirely different light,” he says. “It’s our job to keep them focused and try to help them grow their businesses. At first I was offended when a new customer came in and said to me, ‘Excuse me sir, but could you help me? I was told to ask the old guy with the white hair because you have been here forever.’ Then it dawned on me this was not an insult, but a compliment. I could only hope to impart what I learned over the many years to help them get started and prosper in our industry.”

Philadelphia’s restaurant sector remains at the top of its game. “Philly continues to be a good restaurant city,” says Hickey of Coosemans. “There are more top notch restaurants every year.”

Penza reports seeing growth in new openings throughout the Philly area. “Every time something closes, a pizza shop or brewery opens up,” he says. “Brewery restaurants seem like one of the fastest growing segments of foodservice in our area lately.”

Yards Brewing Company in Northern Liberties and Station Tap in Drexel Hill, PA, are just two examples of these gastropubs taking the greater metro area by storm. In its July issue, Philadelphia Magazine also noted the variety of “weird, wonderful and uniquely Philadelphian” restaurants, from one serving Ethiopian cheese-steak to dumpling shops. Finazzo of Riverwards credits these trends with the love millennials and Philadelphians have for food. “We like to eat it, take pictures of it and share it with our friends,” he says. “You see this in the wide variety of foodservice options from Philly Style Bagels and Goodspoon (soup joint) to neighborhood restaurants such as Martha Bar, Suraya and Root.”

Hickey finds this unique foodservice explosion to be a good driver for the specialty business. “Foodservice distributors don’t want to handle quantities of these niche items, so they rely on us to fill those types of orders,” he says. “They are not stocking purple asparagus in their warehouse.”