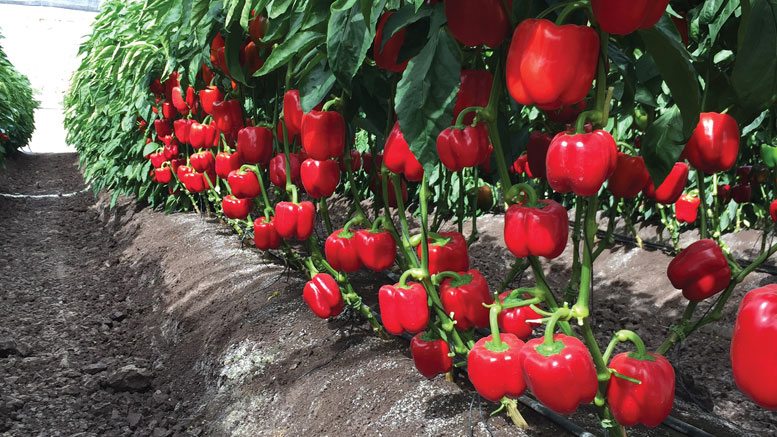 The current trade dispute is much more than just a grower-versus-grower spat, and repercussions could affect supermarkets, consumers and other communities.

Like it or not, Mexico represents a significant portion of the U.S. consumer’s produce plate, being responsible for close to half of all imported fruits and vegetables in the United States, according to USDA statistics. In 2015, the USDA reported the number was 44 percent, compared to 12 percent from its closest challenger, Canada.

“Eating quality fresh produce is taken for granted, yet it once was considered a luxury,” says Lance Jungmeyer, president of the Fresh Produce Association of the Americas (FPAA) in Nogales, AZ. “NAFTA has turned what used to be a luxury — tomatoes, eggplant and bell peppers in the winter — into a part of everyday life. Mexico is the most reliable growing source for consumer-preferred varieties such as specialty tomatoes, innovative pepper, cucumber and melon varieties and more.”

Yet, FPAA and other Nogales industry members caution U.S. consumers, retailers and other produce industry members not to take this bountiful supply for granted, given the current political climate. “The protectionist interest sees an opportunity right now and they’re coming out and beating the drum of protectionism,” says Alejandro Canelos, director for Apache Produce Imports in Nogales. “It’s completely self-serving, anti-consumer and anti-economic growth, but it sells in a certain political environment. Since we’re in that political environment right now, we need to take it seriously. We need to be sure those making policy understand what we take for granted. Additionally, we need to be sure consumers, who are demanding these products with their dollars, understand the full implications of the issue as well.”

John Pandol, director of special projects for Pandol Brothers in Delano, CA, explains the nuances of the current situation as tied to positioning as well as protectionist pressures. “Many have confused the negotiating style of the administration as a broad indictment of NAFTA,” he says. “However, the adults in the Cabinet know the tremendous benefits of NAFTA for the United States. Most concerning, however, are the small pockets of agricultural business who blame all their problems on foreign trade and seek remedies. The most dangerous is the rumblings about anti-dumping cases being made easier to start. Dumping cases are like divorces: messy, expensive and nobody wins. Dumping cases have no place in the produce business.”

Jungmeyer maintains the industry needs to continue telling the positive story of trade between the United States and Mexico. “NAFTA is a positive textbook case of how trade is a win-win proposition, with each economy putting resources to where it has a comparative advantage,” he says. “In the case of agricultural trade between the United States and Mexico since NAFTA, a rising tide has lifted all boats — the economies of both countries have grown together at a faster rate than either would have without NAFTA.”

“U.S. per capita consumption of fresh produce has increased since NAFTA, as has growth in U.S. consumer demand for fresh produce grown in Mexico.”

Proponents of NAFTA argue the United States is able to meet demand for fresh produce not otherwise met by internal U.S. supply or by alternate suppliers by supplementing U.S. production with imports from Mexico, and that in turn affects consumption and ultimately, consumer health.

Canelos maintains all this points to the benefit of Mexico for the U.S. consumer. “It’s ultimately the U.S. consumer bringing these products in via their demand — they are the driving force,” he says. “Despite the political talk, from an industry and consumer point of view, Mexico is more valuable to the United States than ever in produce.”

Consumption and trade statistics illustrate the value of Mexico in contributing toward healthful eating habits. “Consumers in both countries benefit from having high-quality, affordable food products,” says Moore. “No retailer or consumer would want to go back to the days before NAFTA when there were few fruits and vegetables on the shelves in winter months and almost no avocados or mangos.”

In addition to availability, cost is another crucial consideration. “Currently, U.S. consumers enjoy the lowest food cost in the world, with just 6.4 percent of our income going toward food,” says Jungmeyer. “For produce, NAFTA has reduced tariffs, resulting in lower prices for produce. Because fresh produce sells on small margins, even small tariffs or taxes limit imports and raise prices for American consumers. Without Mexico as a supply option, Americans would face rising costs to feed their families.”

FPAA reports since NAFTA was enacted more than 23 years ago, overall U.S. food and agricultural exports to Canada and Mexico have more than quadrupled. “Trade statistics show them growing from $8.9 billion in 1993 to more than $38 billion in 2016,” says Moore. “In turn, the United States benefits from this relationship by importing fruits and vegetables from Mexico due to Mexico’s expertise in producing a wide range of produce with a favorable climate and a growing season that complements the U.S. growing season, with Mexican production generally falling in the summer as U.S. production rises.”

NAFTA has opened protected Mexican markets and secured U.S. industry market access by reducing Mexican tariffs and quotas. FPAA documents describe agricultural exports to Mexico as quintupling since NAFTA entered into force. “Today, the United States supplies three-quarters of Mexico’s agri-food imports,” says FPAA’s Jungmeyer. “Reductions in tariffs and quotas in the Mexican corn market have led to increased market share for U.S. producers — about 97 percent of the corn Mexico imports now comes from the United States. A similar dynamic exists in other sectors, such as meat and dairy products, where Mexico satisfies a large portion of its import needs with products from the United States.”

However, Jungmeyer is careful to point out NAFTA export benefits also include U.S. fruit and vegetables. “The United States can out-compete Mexican producers in certain deciduous fruits, including apples and pears, as well as table grapes, stone fruit and more. The USDA/ERS has stated trade liberalization, trade-oriented phytosanitary standards and rapid development of the Mexican supermarket sector have given Mexican consumers much wider opportunities to purchase non-citrus fruit such as apples, pears, and grapes from the United States, to the point where Mexico has surpassed Canada to become the leading foreign market for U.S. apples and pears.”

FPAA documents, in particular, point out how the apple industry has benefited greatly under NAFTA. “Prior to the agreement, Mexico imposed a 20 percent tariff,” says Jungmeyer. “After the agreement, from 1993 to 2015, exports of apples to Mexico tripled.”

Thus, FPAA maintains any major changes in this economic platform could result in extensive new tariffs and non-tariff barriers being applied against U.S. food and agricultural exports, with losses to American workers totaling in the billions of dollars.

FPAA also urges people to consider how the overall growth in the produce industry in the North American market has resulted in an increase in jobs in the United States, Mexico and Canada.

“NAFTA has increased the opportunities for agricultural employment, particularly in those sub-sectors of agriculture where the United States enjoys a clear comparative advantage,” says Moore. “The number of U.S. jobs supported by U.S. agricultural exports to Canada and Mexico has increased during the NAFTA period, in large part because these exports grew faster than labor productivity — growing from about 175,000 to 260,000, an increase of 48 percent.”

NAFTA is also credited with integrating supply chains in such a way that any increase in trade in either direction grows jobs in all three countries and leads to greater innovation. “The amount of produce coming across the border has led to new jobs in the supply chain, whether in transport, packaging or border operations,” says Jungmeyer. “NAFTA has strengthened all three North American economies, as was intended when it was negotiated.”

Though much of the focus of NAFTA has been about the U.S.-Mexico relationship, completion of U.S.-Canada trade liberalization for fruit and vegetables has fostered greater integration of the two countries’ fruit and vegetable markets as well.

“At the aggregate level, U.S. fruit and vegetable imports from Canada have grown substantially during the NAFTA period,” says Moore. “In 2013, these imports equaled $3.1 billion, compared with $213 million in 1988 and $318 million in 1993. At the commodity level, Canada has emerged as an important supplier to the United States of fresh greenhouse tomatoes, peppers and cucumbers, fresh-market mushrooms, and fresh and frozen potatoes. In 2013, U.S. fruit and vegetable exports to Canada approached $5.8 billion, compared with $639 million in 1988.”

“Our primary goal for the NAFTA negotiations is to preserve and then build on the current success,” says Jungmeyer. “We welcome the opportunity to identify ways to modernize NAFTA while preserving the core benefits of the agreement. A modernization of NAFTA should, first, preserve current market access and the conditions that support integrated value chains, including all tariff and duty preferences and rules that allow U.S. producers, importers, distributors and food manufacturers to compete in the North American market.”

After 23 years of success, Jungmeyer notes there are a few areas where FPAA would like to see some modernization of NAFTA, particularly for trade facilitation and regulatory cooperation. “In addition to proposed improvement in trade facilitation, including record-keeping, customs documents and mutual recognition of standards, we would also like to see food safety cooperation among the NAFTA countries stepped up,” he says. “We are calling for a food safety working group to be established with specific timelines and goals toward mutual recognition by all three nations.”