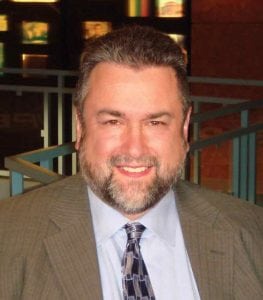 The agreement has not been finalized and the degree to which it will impact perishables is unclear. The press release only mentions that … “The Alliance will cover the strategic relationship with global suppliers, the joint purchasing of own brand products and goods not for resale.”

So, at least initially, they may approach big banana companies that sell globally, but not a U.K. cabbage grower who only sells domestically. A lot of the produce industry is in between these extremes. Exporters in the Southern Hemisphere, for example, market globally, often from one source of supply. So which companies are included will be revealed in time and, probably, will shift over time as the retailers learn what works and what doesn’t.

There is some real question as to why these massive retailers would think this is a wise course. Fortunately, we have a clear explanation. Dave Lewis, Tesco Group’s chief executive, said:

“I’m delighted to be entering into a strategic alliance with Carrefour. By working together and making the most of our collective product expertise and sourcing capability, we will be able to serve our customers even better, further improving choice, quality and value.”

So, there you have it: choice, quality and value.

Well, we will leave the rest of the store to others, but, in produce at least, it is unlikely that consolidating buying will result in improvements in any of this.

The argument usually made is big buyers can leverage this buying power against vendors and thus elicit the best prices, the best product and the best assortment.

Simply getting bigger typically leads to paying more, not less.

Some of this defies mathematics. If we want to take U.S. retailers and claim Walmart, Kroger, Safeway, Costco, Ahold-Delhaize, Albertsons, Publix, H-E-B, Whole Foods and Meijer – the Top 10 U.S. food retailers – are throwing their weight around and getting vendors to sell them well under the market, we really are not making any sense. Those 10 retailers account for about 60 percent of all retail food sales, so, they can’t be buying under the market. They ARE the market.

The truth is simply getting bigger typically leads to paying more, not less. First, the requirement for large volumes restrains the vendors one can deal with. Generally speaking, having more vendors competing for one’s business is likely to produce more competitive pricing.

The other issue is sustaining a viable supply chain. In the end, all the expenses incurred by producers have to be paid for — maybe not every year, but, over time — or the vendors will disappear. Certainly, it will be difficult to raise money to expand and sustain operations. Now a little guy can sneak through. A vendor long on a load can take a loss. But when one becomes really big, that buyer has to keep its vendors in business. That is why Walmart has long placed maximums on the percentage of a vendors’ business it wants to account for.

What about quality? Surely as a giant, one can demand the best. Actually, no … in the old days when all retailers would go to wholesale markets such as the Covent Garden in London, Rungis in Paris or the old Washington Street Market in New York, these retail buyers would literally inspect each lot, looking for the most extraordinary apple.

But at some point, when a retailer reaches a certain size, it is buying FOB and pretty much all it can do is order at the top grade. There is no ability to identify better quality on a scale that would be meaningful.

Of course, a retailer can elect to buy incredible new varieties, top brands, etc., but these producers either don’t have sufficient volumes to supply monoliths or they don’t want all their eggs in one basket.

Well, what about choice? Surely the big buyers get the respect, and so they get the product when it is scarce and can better serve their customers.

That seems logical, but is not how the world works. Imagine a producer who sells 70 percent of his crop to a behemoth, maybe Walmart or this new Tesco/Carrefour alliance. Then there is a weather event, and 60 percent of the crop is lost. Will the producer cut everyone 60 percent, or will the producer abandon his smaller customers to protect his biggest one?

Typically, noting the producer will have to disappoint the biggest customer substantially, and betting that big guy will not love the vendor appreciably more because he ships 21 percent of the requested volume rather than 19 percent of the volume, what vendors tend to do is supply the smaller guys as completely as possible. This way, they are heroes to the smaller retailers and can call in a favor when needed.

There may be reasons for this deal that no one is admitting. Tesco had its global ambitions denied when it failed in both the United States and China. Carrefour is mostly complementary in terms of store locations, operating in few places where Tesco does. Could this be a date that one hopes will lead to marriage? Maybe.

One other problem with consolidating procurement is it leads to buying the wrong stuff. It focuses attention on driving costs out of a supply chain, rather than delighting customers.

Perhaps decentralizing procurement is the answer. Letting retailers buy for a specific locale and demographic would be more likely to lead to stores stocked with on-target products and, perhaps, even give retailers a chance to buy better quality at a lower price.