Beyond the Big Four 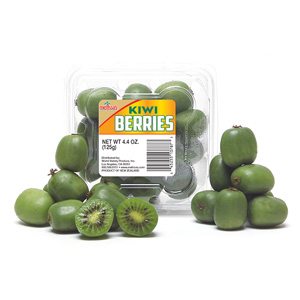 The phenomenal register-ringing success of the berry category begs the question: what’s next?

“The big four — strawberries, blueberries, raspberries and blackberries — dominate, but we have brought in goldenberries on an in-and-out basis,” says Randy Bohaty, produce director for B&R Stores, an 18-store chain based in Lincoln, NE, that operates under the Russ’s Markets, SuperSaver, Apple Market and Save Best banners.

“Goldenberries, recognized by their outer papery husk, have been available for more than 20 years, although most Americans don’t know they exist,” says Robert Schueller, director of public relations for Melissa’s/World Variety Produce, Los Angeles. “One reason is that this berry goes by many names, such as Peachy Berry in Texas and Ground cherry in Canada. With more and nearly year-round availability, we’re seeing around an 8 percent growth rate in sales mainly from high-end retailers. In other words, we sell about 10,000 4.5-pound cases of 6- to 8-ounce clamshells a year. Even so, Goldenberries only make up about 2 percent or less of total berry category sales.” 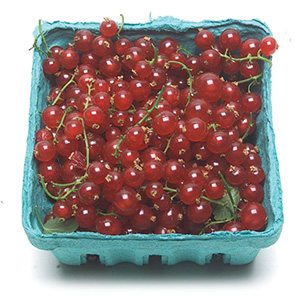 One of the biggest issues with gooseberries is the growing region, according to Alex Henderson, berry category manager for Southern Specialities in Pompano Beach, FL. “Colombia’s soil doesn’t produce the same flavor as the gooseberries of the Peruvian Andes, and therefore this one berry finds difficulty establishing any real footing in the United States. Until the flavor is improved and consistent, it will still be a side item that retailers will most likely carry as a small specialty item with no real growth expectations.”

Boysenberries are difficult to grow and highly perishable, thus limiting their commercial viability, says Jim Roberts, vice president of sales for Naturipe Farms in Naples, FL. “Chile does grow and export some red currants in December and January, and pine or white strawberries. There’s not a lot of demand or fresh consumption of these beyond specialty retailers and foodservice.”

Red currants are the most expensive berry on a per-pound basis, according to Schueller. “That’s why they are sold in 3- to 6-ounce clamshells, to make a more attractive price point, and only make up about an eighth of a percent of berry category sales. We sell about 600 to 800 2.4-pound cases each year.”

New Zealand exports kiwiberries into the U.S. market in March and April.

“Like currants, kiwiberries are only a fraction of category sales. We sell about 1,000 4.5-pound cases annually. However, kiwiberries are distributed into most major metropolitan markets,” says Schueller.

These specialty berries are all best merchandised with their mainstream counterparts in a berry patch type display, adds Schueller.