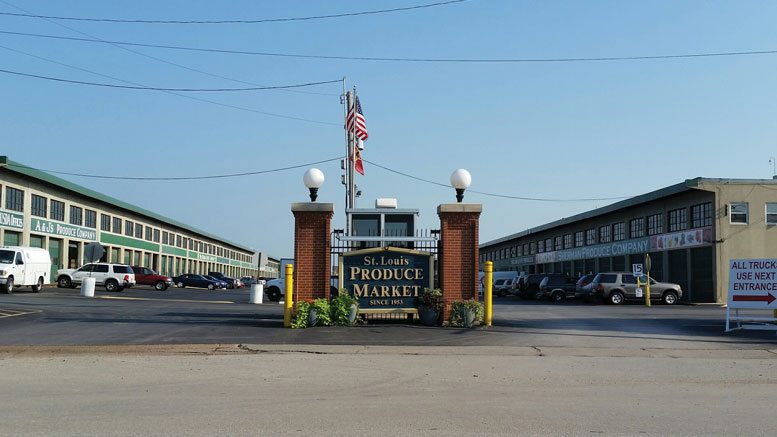 Located on the western bank of the Mississippi River and on the border between Missouri and Illinois, St. Louis has enjoyed a long history as an inland port city and gateway between eastern and western states. St. Louis is home to nearly 20 Fortune 1000 companies, and it ranks as the 20th largest metropolitan area in the U.S.

Compared to the average U.S. household, St. Louis households are slightly smaller, with a higher median household income and greater percentage of household members with a bachelor’s degree or higher.

According to the most recent census figures, metropolitan St. Louis is racially diverse, with similar percentages of whites and blacks and small percentages of Asians and Hispanics/Latinos.

Like many other U.S. cities, St. Louis is enjoying a resurgence of its downtown, gentrification of nearby areas, and emergence of a vibrant food and beverage scene.

St. Louis projects an image of tradition and loyalty. Among its top-grossing retail chains are 75- and 100-year old brands. Soulard Farmers Market, which is among the oldest farmers markets in the U.S., traces its roots to colonial years and continues to sell direct to shoppers and chefs today. Produce Row, the city’s terminal market, houses many wholesalers who have been in the business for more than a century under multiple generations of family ownership. The importance of value for the dollar is reflected in the strong market position of chains such as Wal-Mart, Supervalu-owned Save-A-Lot, and membership warehouse stores; it also puts significant price pressure on retailers and wholesalers alike.

St. Louis’ Produce Row terminal market once served as the hub for produce coming into the city and continues to provide a transfer point and short-term storage for wholesalers. Its main buildings on 35 acres house a total of 98 units, with 2,000 square feet of floor space per unit, although not all are occupied. Today’s wholesalers represent a mix of longtime suppliers and newcomers, some of which supply either retail or foodservice but not both.

Ole Tyme Produce, in the business for more than 40 years and located in Produce Row, supplies only foodservice categories, including hospital, higher education, K-12, casual dining, and white tablecloth.

“Quality is our company legacy, and we leave a lasting good impression,” says Joan Daleo, president. “We meet specs for high quality and use quality shippers. If we can’t get the quality we require, we won’t buy.”

Ole Tyme, a Pro*Act member, sources nationally and globally through grower/shippers along with a local component.

Midstate Produce, also on Produce Row, recently was purchased from a longtime owner by two chefs who “aim to treat chefs the way we would want to be treated,” explains Chef Joseph Sanders, president and co-owner. “Midstate is a one-stop shop for produce for restaurants; if we don’t have it, we find it. We always look for unique items and the best produce to meet the needs of the culinary revolution in St. Louis restaurants. We buy local and home-grown as much as possible but the cost has to make sense.” The company also differentiates itself on safety, traceability, and sustainability.

The George A. Heimos Produce Co. has been in business since 1913 on Produce Row and is under fourth-generation management as a full-service wholesaler covering a 250-mile radius.

“We are known for tailoring our deliveries to the many needs of our customers,” says Jim Heimos, president. “Our current customer base is about half retail. We serve small and larger grocers ranging from independents to Lucky’s and Fresh Thyme to Dierdorf’s and Schnucks with local, conventional, and commodity items.”

On the foodservice side, the company supplies large companies such as Middendorf and US Foods.

Charlie Gallagher Jr., president of United Fruit and Produce on Produce Row, says the company stays nimble by “relying on our talented young buyers/sellers working with our experienced produce people. We are really impressed with our young people’s energy, ideas and ability to close.”

Away from Produce Row, Front Row Produce services both retail and foodservice customers of all sizes. The company differentiates itself by specializing in repacking and overwrapping of tomatoes and a broad line of vegetables.

“We have a big, food safety-certified facility for handling the repacks that others are not doing because of food safety concerns and liability,” explains Tony Pupillo, president.

Central Illinois-based Cusumano & Sons exemplifies an increasingly common wholesale player, a supplier headquartered outside of metropolitan St. Louis. Through its area representative Keith Omura, Cusumano is a primary or secondary supplier of home-grown produce — defined by Cusumano as grown within a 200-mile radius — to independent grocery stores and chains such as Lucky’s Market.

Wholesalers note that the rapidly changing marketplace is changing the produce environment in St. Louis, starting with the diminished dominance of the terminal market concept.

“First, terminal markets are facing pressure to modernize with food safety and temperature upgrades,” observes Omura. “Second, specialists don’t exist in large numbers the way they did years ago. In the ‘50s, for example, Produce Row had 20 or 30 specialist companies. Third, retailers increasingly buy direct and large companies have taken over restaurant supply, so less product goes through the terminal market. Fourth, companies from 300-plus miles away are saturating the market with products sourced from their point of origin. Product is coming into St. Louis, but not originating in St. Louis.”

“The industry changes year after year, leading to fewer vendors and wholesalers,” says Heimos. “Larger chains go direct and cut out the middlemen. That is why it is so important to keep relationships going and change with the times.&rdquo

“While some customers in St. Louis still pick up their orders, distribution is a growing area. Because foodservice increasingly does its own contracting and pricing, wholesalers need to evolve into distributors.”

Gradually increasing cultural diversity also will affect demand. “With more Hispanics moving into St. Louis, I am seeing more demand for Hispanic items,” says Omura, of Cusumano. “Asian markets too are growing in number and variety of produce offered.”

Food safety impacts the wholesale environment in St. Louis as it does across the country. “Food safety is the biggest concern and a top priority of restaurants,” says Schriever. “They have to purchase from companies with a safe supply chain and that can execute in the event of a recall.”

Competition for customers will continue to escalate as “big companies get bigger and little guys go away,” says Omura. “Companies are coming into St. Louis, so St. Louis firms need to go out of their territory to survive. In retail, entry is aggressive, but it is without the population growth to support it. Companies are gaining market share by taking from someone else.”

Dierbergs, also a longstanding St. Louis supermarket chain (with 10 percent market share), traces its heritage back to the mid-1800s.

Straub’s, a four-store local chain dating back to the early 1900s has a fraction of the sales of Schnuck’s and Dierberg’s but maintains a loyal customer base.

“Then, as now, Straub’s is known for high quality, great customer service, and a large selection of locally grown items,” says Greg Lake, Straub’s produce manager in Clayton, MO. “In response to customer demand for convenience, we continue to expand our selection of fresh-cut, fruit platters, and vegetable trays. The more we can do for our customers, the more they like it.”

Lake points out that St. Louis is becoming saturated with retailers who are competing for the same customer. Recent years have seen the entry into St. Louis of specialty retailers Fresh Thyme Farmers Market, Whole Foods Market, and Lucky’s Market, which drives out mom-and-pops, notes Heimos of The George A. Heimos Produce Co.

Increased competition at the higher end forces heritage retailers to ramp up their selection of local and organic produce.

The strong presence of Wal-Mart and Save-A-Lot, the No. 2 and 3 retailers, along with warehouse clubs, Aldi, and dollar stores puts pressure on price and value. The Fresh Market closed its St. Louis store earlier this year and additional shake-out in retail can be expected.