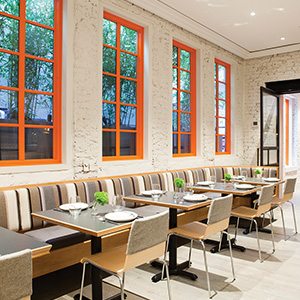 All Photos Courtesy of Loring Place

Loring Place by Chef Dan Kluger, located in the heart of Greenwich Village, NY, is named after the street that Chef Kluger’s father grew up on in the Bronx. The restaurant celebrates the energy and hospitality of New York City and shines a spotlight on the nearby Union Square Greenmarket, from which Kluger has sourced many of his ingredients during the past 20+ years. Kluger brings his impeccable culinary pedigree to this first solo venture. He began his career with Danny Meyer’s Union Square Hospitality Group, where he cooked at the Union Square Café. Kluger then moved to Meyer’s Indian restaurant Tabla, followed by the vegetable-centric ABC Kitchen and ABC Cocina. 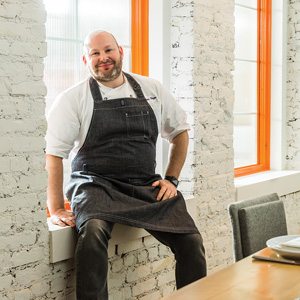 Small- and large-plate menu items – inspired by what’s available at the greenmarket – are meant to be shared. Kluger develops dishes that pair sweet and salty, sour and bitter, texture and color. Many are cooked over the kitchen’s wood-burning grill or in its wood-fired oven and are dressed in inventive ways. The restaurant’s butternut squash “fries” are roasted,

Like the food, the cocktails feature greenmarket produce and local spirits. The Stable is a gin-based drink with matcha (finely powdered green tea), Fuji apple and lemon. The alcohol-free Jasmine features iced tea with Concord grapes and mint.

The availability of local ingredients drives Loring Place to change its menu seasonally and feature specials that reflect what’s in the Union Square Greenmarket that day. Distributors help fill in the gaps when popular items are not in season or unavailable locally.