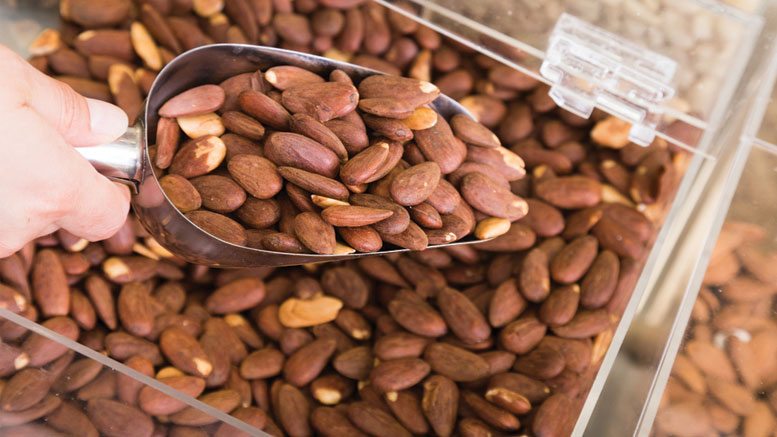 Good for you, good for produce sales. 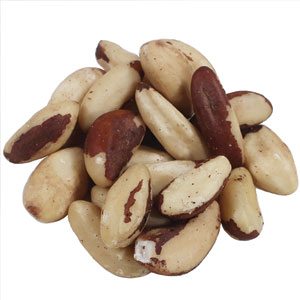 Weis Markets, a supermarket chain based in Sunbury, PA, with more than 200 stores along the Atlantic Coast, uses the popular term “Superfood” to promote healthy products throughout stores. Since almonds, walnuts and pistachios are now known to fit within that category, Weis’s produce departments are including these tasty morsels into this highly successful campaign.

“The idea came up two years ago and our senior management team really latched onto it,” says Kathryn Long, RDN and LDN, the company’s healthy living coordinator. “We picked 25 foods throughout the store that we thought were everyday foods that were exceptionally healthy. There’s a sign by each that says, for example, ‘Almonds are a Superfood.’ Each sign gives a little bit of the nutrition profile and suggestions for different ways people can incorporate the product into their diet rather than just eating them. On pistachios, for example, we say they’re great for snacking or for using as a crust for chicken and fish.”

The program has had a very positive impact on sales. “Almonds, walnuts and pistachios showed up in the Top 10 items by how much they had increased in sales from the year prior,” says Long.

Pistachios may not be the first nut that comes to mind when identifying healthy products, but more than 30 studies have shown pistachios are a strategic food for weight loss or maintenance. “There have been a number of larger epidemiological studies and they don’t find any association between pistachio or nut intake and a higher risk of weight gain or obesity,” says Dr. Arianna Carughi, a science advisor for American Pistachio Growers, a trade association based in Fresno, CA.

Pistachios are also high in potassium, antioxidants and carotenoids. Eating them on a regular basis can have a positive affect on blood pressure, cholesterol levels and eye health.

“When compared ounce for ounce, almonds are the tree nut highest in six essential nutrients: protein, fiber, calcium, vitamin E, riboflavin and niacin,” says Molly Spence, director of North America for the Almond Board of California. The marketing, research and quality control organization has its headquarters in Modesto, CA. “Just one ounce of almonds is an excellent source of magnesium and a source of potassium, phosphorus and iron.”

Walnuts have made headlines in recent years for being high in alpha-linolenic acid, a type of omega-3 fatty acid. They’re also high in protein, fiber and magnesium. Research suggests eating walnuts can have a positive effect on heart health and cognitive and physical function. The compounds in walnuts may help fight cancer, particularly breast, colorectal and prostate types. It’s also thought that eating walnuts may help fight type 2 diabetes and other metabolic conditions.

Pecans are high in manganese, copper, thiamine, magnesium, zinc and phosphorous. The manganese makes them beneficial for obese people who are trying to lose weight; studies have shown the nutrient helps people regulate blood sugar and insulin levels. The zinc makes them good for skin. The high levels of antioxidants in pecans aid in reducing inflammation within the body, and the “healthy” fats in the nuts make them good for controlling blood pressure, lowering the risk of heart disease and maintaining good mental function. 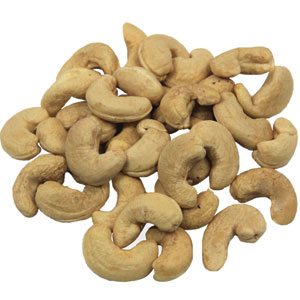 “Cashews are a good source of protein, fiber, iron, copper, phosphorus, manganese, magnesium and zinc,” says Chad Hartman, director of marketing for Tropical Foods, a Charlotte, NC-based manufacturer and importer/packager of nuts, other snacks and specialty foods. “They’ve been associated with reducing triglyceride levels, which can help diabetics and the heart.”

Brazil nuts also have many health benefits. “Brazil nuts are the highest natural source of selenium,” says Hartman. “They’re high in manganese, magnesium and copper. They’re also a great source of plant sterols and flavonoids, and are tied to a healthy heart and liver.”

Hazelnuts have more folate than any other nut. They also have the highest level of proanthocyanidins, a class of compounds that may reduce the risk of blood clotting and urinary tract infections. Besides being high in fiber and protein like all other nuts, they provide a significant dose of manganese and copper.

Peanuts are a legume, not a nut. They offer some of the benefits of both, including being high in protein and fiber. They’re packed with “healthy” fats like monounsaturated fat, as well as vitamin A, folate and niacin. Recent studies into resveratrol, an antioxidant that’s found in peanuts and other foods such as grapes and dark chocolate, show consuming peanuts can help lower the risk of stroke, heart disease, some cancers and Alzheimer’s.

There are some good reasons to push the health benefits of nuts in the produce department. “Produce departments have an edge when promoting nuts,” says Hartman. “Consumers have knowledge of nuts being healthy in the first place, so the learning curve is less steep.”

“Pistachios do best when sold in produce,” says Judy Hirigoyen, vice president of global marketing for American Pistachio Growers. “When they’re in the snack aisle, they’re guilty by association. If they’re merchandised in the produce department alongside other healthy products, they’re considered healthy.”

“We’ve seen more supermarket chains and grocery stores include health messaging around nuts,” says Spence. “The produce department is a good place to highlight ingredients that support heart health or are friendly to specific diets, including gluten-free, Paleo, non-dairy and flexitarian.” Since produce carries many other items consumers are looking for, it makes sense to include nuts along with fruits and vegetables.

As was highlighted in the Weis Market example, working with dietitians can be a powerful way to share the health benefits of nuts with consumers.

“The California Walnut Commission recently wrapped up a partnership with 12 grocery chains across the country called I Heart Walnuts,” says Jennifer Olmstead, marketing director for domestic public relations. The commission, which represents California walnut growers and handlers, is based in Folsom, CA. “The program consisted of in-store and point -of-sale signage, ad placements, sampling events and walnut recipe demonstrations at multiple chain locations. The results of the program showed a significant uptick in year-over-year sales from individual grocery stores specifically.

“What made this program unique was our partnership with the supermarket registered dietitians who worked at these chains,” says Olmstead. “They helped us educate customers about the versatility and health benefits of walnuts. For example, we collaborated with a chain to do a series of cooking demonstrations led by a chef and registered dietitian. We found this to be particularly educational for customers because the chef was able to speak to the many uses of walnuts in the kitchen and the dietitian was able to share information about the nutrition and health benefits of walnuts.”

Weis Markets’ Long has also participated in cooking demonstrations that helped promote nuts, although in a different format. “Our dietitian team recently started doing Facebook Live videos,” she says. “People are more inclined to watch a short video than read an article.” But blog posts and links to recipes can also be effective ways to communicate messages about health and cooking to customers.

Tropical Foods’ Chad Hartman, director of marketing, is a fan of sharing recipes and nut information with shoppers.“I believe simple sign displays near the nuts could make a significant impact,” he says. “Something along the lines of, ‘Did you know Brazil nuts are the highest source of natural selenium?’ would help the cause. Simple information cards that consumers could take showing the multiple healthy attributes of nuts would be beneficial. To take it a step further, once you tell consumers about the increased health benefits, give them a recipe card so they know how to apply the knowledge.”

Ali Moezzi, vice president of produce for Northgate Gonzáles Markets, which has 30 stores in Los Angeles, San Diego and Orange County and is headquartered in Anaheim, CA, says his company communicates the health benefits of nuts with consumers through advertisements. They also have a campaign to educate consumers about the health benefits of nuts — but not one the chain is carrying out by itself.

“We really let the vendor take the lead and talk to people because they have a lot more knowledge than we do,” he says. Their vendor provides display racks and packaged nuts, and can send people to do sampling and demos.

“They can educate people a lot better than the produce manager,” says Moezzi. “There’s a tendency a lot of times to ignore the vendor, but we’re happy to let them take the lead.

“I think people are a lot more educated about nuts and how beneficial they are; even more than three or four years ago when we started,” he adds. Between that and the company’s educational efforts, sales of packaged nuts have increased 10 to 12 percent in the last three years. General nut sales are up three to five percent in the same time period.

Another option for pushing the health benefits of nuts is to display them next to complementary items, such as salads or fruit. “Merchandising walnuts next to other nutritious whole foods in the produce department encourages the cross-promotion of multiple goods,” says Jennifer Olmstead, marketing director for domestic public relations for the California Walnut Commission.

While meal options may be the primary catalyst to bring most consumers to produce, don’t forget about the snack market. “In a recent study, consumers listed apples and almonds as the Top Two foods they think of as nutritious snacks,” says Molly Spence, director of North America for the Almond Board of California.

“Since we know from this data consumers are looking for almonds for their snack occasions, marketing almonds by pairing their displays with apples and other healthful foods like bananas, granola or dried fruit, could help increase sales.” Adding educational signage to those displays makes it even more likely shoppers will add nuts to their cart or basket.